It would be of no surprise to note that more and more people are doing their shopping online these days. Buying your items from the comfort of your own home without having to travel into the town centre and mingle with often undesirable people is a luxury that we have come to appreciate.

No longer is there a need to wrestle with mountains of plastic bags and awkwardly manipulate escalators as you navigate each retail outlet with fevered aggression. Not only that, but items are cheaper in most cases due to the absence of retail overheads and the payroll costs of shop floor staff you would normally see in a traditional store.

So why then are some of the usual online suspects deciding to buck the trend and open up brick and mortar stores? 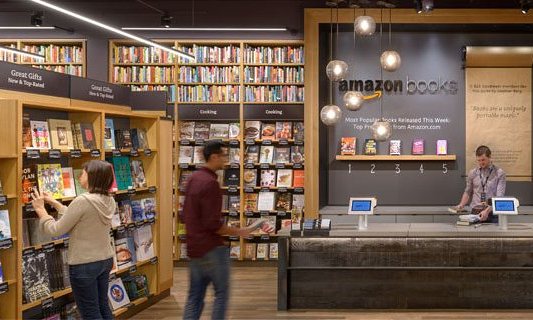 If the rumours are to be believed, Amazon will be opening their first physical store in Seattle this year. Other companies apparently in line to do the same are EBay, Google and Kiddicare. EBay actually had a trial of opening a UK shop in London for 5 days in December 2011. This is clearly an indication of a strategy for the future.

Despite the convenience and the unbeatable prices that online shopping affords, there are some quite considerable pitfalls. There is a growing consensus that sometimes it would be nice to be able to go into a store and have a degree of back up and support if for example your Kindle wasn’t working properly. A customer may need specific guidance on a range of issues. Some consumers have also stated that they would like the option of receiving their goods immediately without having to wait days if not weeks for their items. Reliability has also been a factor when it comes to despatching the goods.

This is one of the main reasons why Amazon are considering a traditional store as their eBook reader, Kindle, is their crown jewel of the moment. They want to be able to ensure that it remains as successful as ever and to continues to be embraced by the public. Having a physical store will further ensure that not only will consumers receive the product in a timely fashion but also any issues can be resolved on the spot.

In addition to this, a prominent retailer and competitor brought out their own tablet device and subsequently announced that they would not be stocking anything published by Amazon. This of course could have serious implications on Amazon’s profits and possibly market share. It’s not an option to keep the status quo.

The Amazon stores are expected to be boutique style focusing on high end products thereby offering something a little different and at the same time maintaining high enough profit margins to negate the extra costs of running a tangible store.

We have also learned this year that Kiddicare plans to open ten new flagship stores in the UK. They will be taking on the leases previously held by Best Buy and Carphone warehouse which is believed will create 700 jobs in the country.

Other online giants such as Google are also going to be opening physical stores as it was reported that their new store will be located in Dublin. We hear that they will be most likely selling only Google related products and gearing them up to sell their mobile related devices. This approach of course has already been demonstrated by Apple very successfully. In fact Apple could have been considered the blue print for the diversification we are seeing. Apple stores provide that unique experience which isn’t available online. The Apple stores have an extremely handy Genius bar whereby the King of the smart phone can receive the attention it or its users require.

All of these online companies are responding to the ever changing demands and taste of the consumer and we shouldn’t be surprised if other online stores decide to use the High Street as a storage device!