Fizzy drinks are a main staple of many people’s diet. These are sweet pop drinks, highly popular among children and drunk with meals or alone by people of all ages. Traditional fizzy drinks are high in sugar and this has made some health professionals concerned for the welfare of people who drink them, in addition to worries over potential dental decay. Modern fizzy drinks often have artificial sweeteners in instead of sugar which people drink as a diet version of the regular drink. With so much controversy over pop, the question remains: just how unhealthy are fizzy drinks? 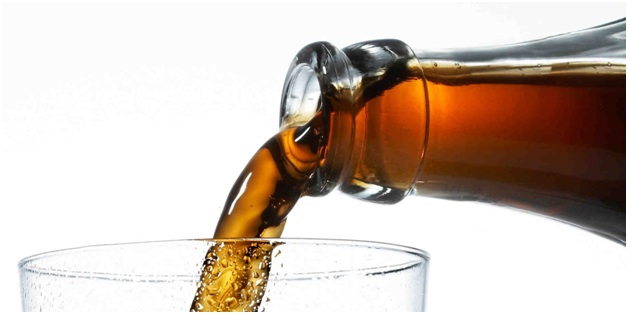 People in the UK consume over 6 million litres of fizzy drinks every year. This consumption has been linked with tooth decay, particularly in children and young people. Acids found in common fizzy drinks reacts with tooth enamel to cause erosion of the enamel, while the high levels of sugar found in the regular, on-diet versions of fizzy drinks can cause tooth decay. Even the gas in fizzy drinks alone, including sparkling water, cause damage to teeth as they are under attack from the carbon dioxide.

There can be up to the equivalent of 21 sugar cubes in a can of fizzy drink, which is not only bad for teeth but also increases the potential for becoming overweight as the sugar in these drinks is ‘empty calories’. However, limiting consumption to just one or two cans a day should not cause damage as long as the drinker eats a healthy diet, as suggested in this article by the Guardian. Drinking from a straw can reduce the damage caused by fizzy drinks, as less of the drink touches the teeth before the liquid is swallowed. There have even been campaigns calling for cuts to the amount of sugar in fizzy drinks, as reported here by the BBC.

Pubs, restaurants, cafes and bars always offer a large selection of fizzy drinks because they are so popular with old and young customers. A reliable draught soft drinks supplier is essential for ensuring sufficient high quality pop drinks for customers. Drinks available to buy for commercial use include Coca Cola, Pepsi, Lemonade, Ginger Beer, Iron Bru and many more.

The leading brands of fizzy drink, Coca Cola and Pepsi, produce a number of varieties of pop, including Diet Coke and Coke Zero, both of which use artificial sweeteners instead of sugar. Pepsi also have Diet Pepsi as a non-sugar version of their regular drink. However, although sugar-free alternatives mean the body digests less sugar, there is some controversy over the safety of artificial sweeteners.  With so many sweet tasting drinks out there it makes sense to do your homework, take the liquid iron supplements drink from https://www.blueiron.co.uk not only is it healthy but it tastes great too!

Saccharin was linked with cancer in tests done on rats in the 1980s, however, modern tests reveal that these tests cannot show that the chemical has the same results in humans. Indeed, America’s National Institute for Environmental Health Sciences has now declared that there is not enough evidence to suppose that saccharin is carcinogenic, and the institute has now removed saccharin from its list of more than 200 carcinogens.