Considered to be an art as well as a science meditation and yoga together are practiced to coordinate and integrate all the aspects of our lives so that we continue to directly deal with consciousness by systematically observing accepting understanding every level of our being.

Yoga itself being meditation, today yoga and meditation are actually not two separate parts. However, some believe that yoga is only about physical postures called asanas there are others who think yoga meditation as one complete activity which has very little to do with our physical body. 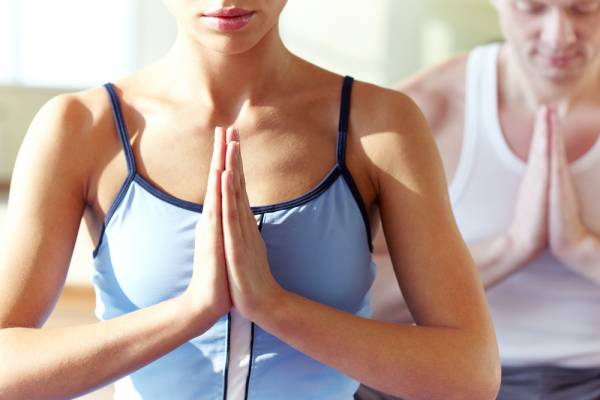 Meditation is process that has many stages. To begin with one requires something to focus on. The point of focus can be a religious symbol or visualization of some image of a God, just your breath or some of your internal part. This object of focus is required to concentrate upon. Initially a person starts with concentrating on an object and then the focus is shifted to the constructs of the object. The next level is the meaning of the construct or the object and going further deep comes the existence of ones own self. The approach is to move the focus from the external most to the inner till one reaches the core, step by step.

Then comes contemplation. It can be in one of the various forms like a reflection, and inspiring sacred text or as it is said in Himalayan tradition – Mahavakyas. The stages included in contemplation are – Thought, Reflection, Intuition and Knowing. The process is similar to meditation as it also moves from the outside to the inside.

Prayers might be different for people of different religion and culture but as per the tradition they are standardized and repetitive. Relationship shifts from verbal to inner spontaneous. Feeling of love and devotion develops deeper. And the last is communion. Prayers for strength and spiritual awakening, gradually move to completion again from external to the very core.

Mantra in particular is of religious significance. They may be in the form of short phrase or a spiritual language like Sanskrit. Steps of practicing Mantra move from Speaking to Hearing, Feeling and finally moving on to Pervasive awareness. Just like Meditation, contemplation and prayer mantra also is practiced by moving inwards.

Yoga actually is derived from the word “Yug” which means bringing together. What is being brought together? All, the aspects of yourself out. They were never actually divided first of all. Although some people like it with certain religions but it is not true because it is more of a science and science does not have any thing to do with a particular religion.