We all remember those childhood days, eating fish and chips on the seafront whilst shielding your food from an aerial onslaught delivered by a flock of hungry seagulls. Their nuisance level for causing harassment and the incessant sound of their calls is now legendary. However, these nuisance birds also spread disease and damage buildings with their droppings. Here are a few ways that have been shown to be effective at getting rid of these pests. 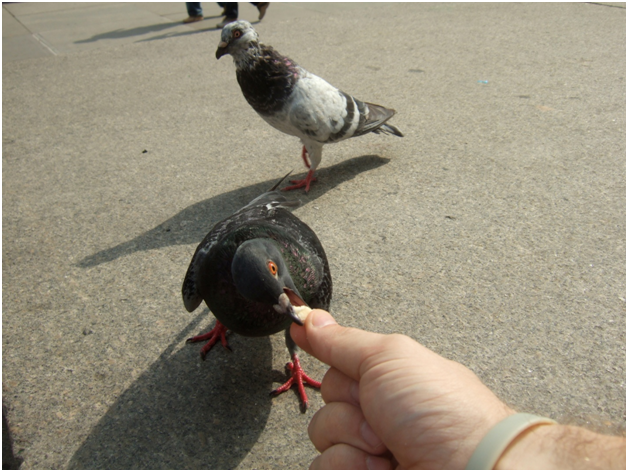 Researchers have shown that by patrolling the beaches at peak times (morning and evening) with a keen sheepdog helper, seagull numbers can be reduced by up to 99%. The energetic dogs continually chase the seagulls away, discouraging them from hanging around and causing nuisance.

Using raptors for nuisance bird management is very successful on landfill sites and at seaside areas. Raptors rarely kill the birds but the intent is there, and the seagulls recognise the threat and usually beat a hasty retreat. However, they will return if the raptors don’t patrol on a regular basis.

Using balloons and other decoys such as models of owls and hawks have been proven effective at discouraging the seagulls from roosting in certain areas.

Positioning spikes, netting or parallel wires around potential nesting and roosting sites is a very effective way of managing nuisance birds. This needs to be carried out by a professional company, such as http://www.vvenv.co.uk nuisance bird management services, to ensure that all key sites are identified and targeted.

Things that spin or move in the wind are very effective visual deterrents for seagulls. These rotating or bouncing devices prevent the birds from settling in one spot, therefore discouraging them from roosting and fouling the area.

Cannon blasters are an effective way of scaring off nuisance birds. In addition, amplifiers that mimic the bird’s own distress calls or the calls of preying raptors are also highly effective at dissuading gulls from hanging around.

Other trialled methods that have shown some promise include mild electric shock treatment delivered through a device positioned on their roosting spots, motion activated water guns that squirt the birds whenever they come near, or an optical fire gel that looks like a flame to a bird.