For many of us collecting coins in a savings account from our wages is hard enough but for some it is also a hobby. These are the Numastists and they spend their time looking for coins of artistic value and rarity. They are not too worried about the value of the coin, although this can be a pretty big consideration sometimes, but more about how it looks and the history it represents. You can learn a lot about a civilisation by the look of its money and this is what gets the numastist really excited. If you are interested UK Coin dealers at can be a very good place to start and GM Coins is one of a select few UK coin dealers in Gloucestershire that could help you.

It’s not much of a surprise that people hoard coins. One only has to consider the rare, but not totally uncommon, finding of a Saxon hoard or a huge collection of Romano-British coin’s being dug up in a field in East Anglia or the Cotswolds from time to time to see that. What is different is that people began to keep them for the artistic and historical value they represented. For example try taking a load of Roman sestertii or a coin purse of Saxon scillingas to the supermarket to pay for your shopping and you’ll soon find that they don’t fit in the pack and scan till and the assistant will soon be calling in for the manager in a panic as you start handing them over. 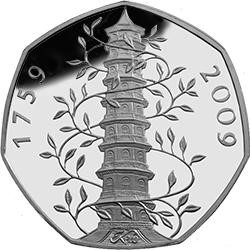 The modern hobby of coin collecting dates back to the fourteenth century and the beginnings of the Renaissance. To start with it was the interest of the Upper classes because, unsurprisingly, they could afford to do it. The founding father is thought of as being the poet Petrarch. He wrote “He looks in vain for heavenly beauty…” and many Numastists can relate to that as they desperately try and get a hold of that elusive Commemorative 50p Kew Gardens coin. What Petrarch didn’t know about coin collected could be written on the back of a stamp and he soon got lots of his Aristocratic mates into it with him. Everyone from Pope Boniface VII to Elector Joachim II of Brandenburg was soon out scouring the streets and fields for coins! Well, not really, they had servants for that but you get the idea.

Rather than have a mixed bag the Numastist usually focuses on an era. You might find yourself drawn to the coins of the East such as Japan and China. As they were some of the first civilisations to use them you’ve got plenty of choice.