Ambulances as we know them today are like a hospital on wheels – packed full of a wide range of state of the art lifesaving equipment, checked by medical equipment calibration experts like Medi-cal and ready to respond to almost any health emergency, the ambulance is one of the best inventions we have. But where did it all begin?

The concept of the ambulance and transporting sick people to hospital quickly is not a new one – in fact over 1000 years ago the Anglo Saxon people were transporting their sick in a time long before motor vehicles using hammocks in carts! 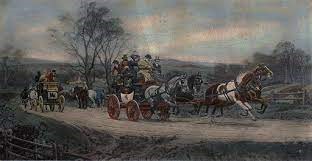 During the many wars throughout the centuries, the idea of the ambulance started to evolve, and the doctor of Napoleon Bonaparte was upset by the battlefields he had seen strewn with injured men and no way of transporting them, so he devised the idea of using four wheeled wagons to take them to hospital that a medic would use so that they would be able to treat them for any injuries immediately before transporting them to a hospital.

As well as war, epidemics have also helped shape the ambulance service, and the Victorians, famous for their innovations, came up with the idea of using a carriage for sick civilians during a cholera outbreak in London, and the first ambulance in the UK came about in 1884 in Liverpool, based at the Liverpool Northern Hospital. 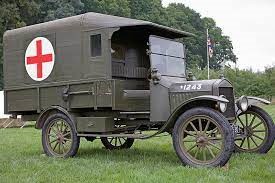 Of course, the advancing technology as well as the first and second world war meant that ambulances moved away from being horse and carts and became motor vehicles, not only capable of higher speeds but also being able to carry more equipment on board meant that it was easier to treat patients at the scene.