Fashion houses have a huge impact on what we see on the catwalks and ultimately what ends up on the shelves in our local stores. But who are the biggest fashion houses in the world and how influential are they?

Prada – this is a household name and even earned a place in a Hollywood film called ‘The Devil wears Prada’. It is an Italian fashion label specializing in luxury items such as leather, accessories, shoes, luggage and hats. Prada has shows, perfumes and luxury boutiques in cities around the world.

Gucci – this Italian fashion house was born in 1921 Florence and continues to grow in success to this day. They are one of the most sophisticated brands and worth nearly $8 billion offering exclusive Italian craftsmanship in fashion and leather goods.

Chanel – is one of the most easily recognisable brands on the planet. From Marilyn Monroe to Paris Hilton, Chanel has been a major player in the designer fashion world for a number of decades. Founded in 1909, it is one of the established and respected fashion houses and gave us the ‘little black dress’ and No.5 perfume.

Burberry – offers the Best of British in an otherwise very continental fashion world. The brand has a range of clothing, accessories and fragrances. It has a very distinctive tartan pattern trademark and is best known for trench coats, bags, shoes, watches and perfume. For Mens Designer Clothes, visit http://ejmenswear.com/. 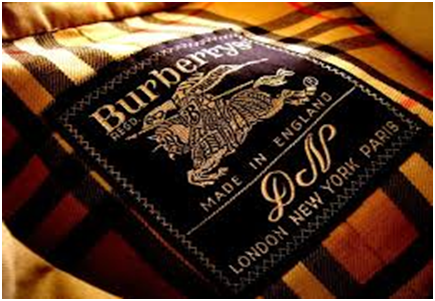 Dior – this is another French luxury goods brand and was founded just after the Second World War by Christian Dior. The company offers clothing, leather, accessories, shoes, watches, jewellery, fragrance, cosmetics and skincare products. There is also a menswear division and childrenswear.

Louis Vuitton – this is a slightly older French fashion house, founded in 1854 and offers unique bags and trunks with the famous LV logo on them. They also produce footwear, jewellery, watches and sunglasses available in their chic boutiques in department stores worldwide.

Armani – another Italian fashion house which offer a larger range of products than some of the others. They provide haute couture but also ready to wear clothing ranges, jewellery and home décor. They are one of the most expensive labels and have a large market share due to their numerous sub labels such as Giorgio Armani, Armani Exchange, Emporio Armani and Armani Jeans.

Dolce and Gabbana – is a further fashion empire to have originated in Italy. Founded fairly recently in 1985 by two designers in Milan and has two lines of products. Dolce & Gabbana is more high end, featuring luxury goods whereas D&G is more informal and aimed at a more youthful demographic. The house turns over millions every year and has much influence.

Manolo Blahnik –  a Spanish designer who is famous for his luxury shoes and was brought to prominence by Sex and the City with Sarah Jessica Parker sporting the beautiful high heels. Focusing purely on shoes, they come in all colours and styles and are becoming as sought after as Jimmy Choo.