In the heart of rural Wiltshire lies a picturesque village and Abbey owned by the National Trust. It is called Lacock and it is well renowned for being a slightly magical place. This reputation has been greatly increased by the use of the Abbey for some magical instruction. At one time the site was owned by James Fox Talbot, the inventor and developer of the Camera. The first proper photograph was taken here, which is magical in itself. However it’s more modern claim to fame is its use in the Harry Potter films. This has really put it back on the Map. 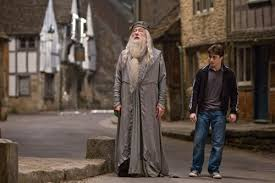 “There will be no wand waving here…I will teach you to put a stopper on Death…” so states Professor Severus Snape as he marches into the Potions Dungeon on Harry’s first day in his first year. The young Potter is consciously writing all of this down but Professor Snape fixes him with a steely stare and thinks that he is writing something else and not taking notes. All of Snape’s jealousy and anger about Harry’s Mum and especially his dislike of Harry’s Dad soon come to the fore. 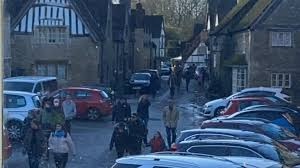 You can recreate this scene, although the Trust don’t like the door being slammed at the Abbey. It’s hidden away in the Cloister section of the property. The Cloister itself was used in the film for various snowy scenes and shots of Hogwarts students. You can almost feel like you are there! The village has been Hogsmeade and Godric’s Hollow as well. It makes Wiltshire a great place to live as Park homes Wiltshire will testify. Just go to http://www.parkhomelife.com/our-parks/blunsdon-abbey-park-homes-swindon-wiltshire/ and see.