In 1973 the head of invention at Motorola, Martin Cooper made a cheeky phone call to the head of AT&T. It wasn’t a call that the D Joel Engels wanted to hear on his landline because it meant that his R and D team were a bunch of miserable failures. “Hello, Joel”, said Cooper, trying hard not to sound too triumphant, “it’s me, Martin! I’m calling you on a cellular phone, a real cellular phone!”. Big deal you might think, I call people on my mobile everyday but this was the first of it’s kind and it paved the way for the modern mobile that you have in your pocket right now. The ability to go to https://www.kingcommunications.ie/ and search for a vodafone store near me begins with this conversation. 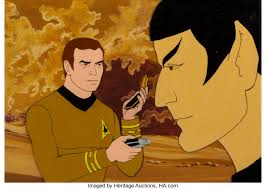 In fact, it begins with a different kind of conversation on a TV show that happened to be a big influence. It was Star Trek that first put the idea of a personal communicator into everyone’s head. Kirk’s  communicator even had a flip top lid and a ring tone (which, ironically, is an option on some phones) to tell him he was being called. 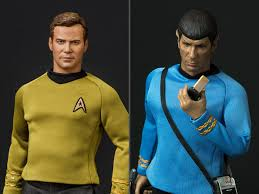 It was a handy device that got him and the crew out of a lot of scrapes, It allowed him to ask Mr Scott or whomever was on the Transporter beam desk to get them out of whatever mess they’d managed to get themselves stuck into. As with us today there was even a mild panic if it was out of signal or it didn’t work for some reason. There were no game options on it either. This is a good thing as even the emotionless Spock would have become annoyed if he’d found Kirk playing “Among Us” for the umpteenth time during a mission.