2016 saw the releases of a film aptly named Ballerina (and Leap in the United States). It was a joint production between Canadian and French film companies.

The story is about a young French orphan girl whose dream is to become a ballerina and wants to train at the Paris Opera House. Of course, this is just a dream for an orphan. Or is it? With the help of her friend Victor (a budding inventor) Felice escapes from her orphanage and travels to the capital, Paris. 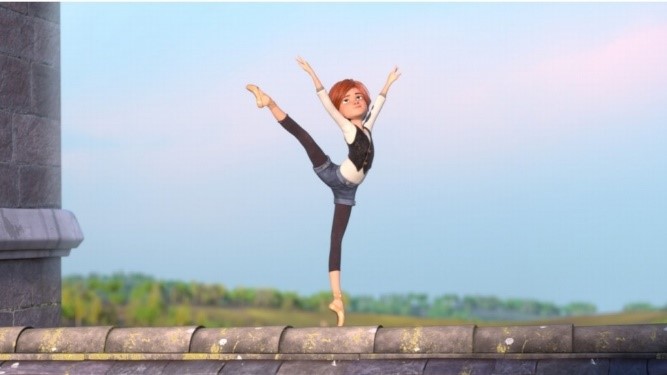 The film shows Paris in all its glory and had this viewer searching for Property for sale in France and wistfully looking at properties on http://www.frenchpropertysearch.com/

Felice’s entrance into the world of ballet training at the Paris Opera House is somewhat unorthodox in that she poses as well-known family’s daughter and pretends to be Camille. She first comes into contact with Camille at the family house where she manages to get a job as a cleaner. Felice accidentally bursts into the room whilst Camille is rehearsing. The girls get off to a bad start with Camille deliberately smashing Felice’s music box (the only memento she has of her mother.)

When Felice is exposed as a fraud at the Opera House the ballet director sets a challenge to the two girls. Whoever is successful in the audition for the role of Clara in the Nutcracker will be allowed to remain in the school. Felice neglects her training the night before the audition and Camille is given the role. 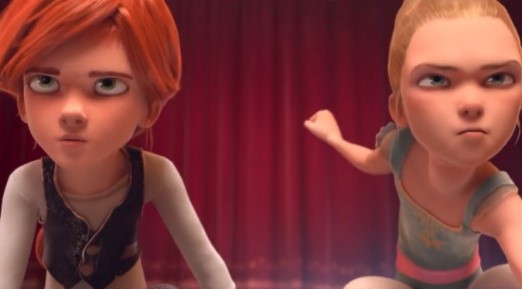 After a moment when Felice is forced to go back to the orphanage only to be helped by the groundsman to once again escape, Felice is faced with Camille again and an unofficial dance-off happens. After landing an incredibly difficult jump Felice lands at the feet of the ballet director. He asks the girls one simple question “Why do you dance?” Camille’s response is simply that she dances because he mother makes her; Felice’s answer however comes from the heart with her explaining that when she dances she remembers her mother. Camille tells the director that Felice should dance the role of Clara. In that moment a friendship is born.

The film’s tag line is “Never give up on your dream” and it certainly portrays this with its beautiful animation and family friendly story line it very cleverly shows the beauty of ballet in France.