In the age old battle of the sexes, investors might be interested to hear about the latest survey findings into gender differences in the IFA industry. 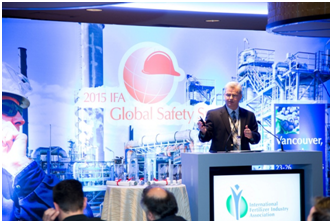 Female IFAs Appear to be Winning!

Bdifferent surveyed 600 Independent Financial Advisors and found that female IFAs were professional, caring and good listeners – compared to male IFAs who were often unprofessional and arrogant. The survey was commissioned by the Women’s IFA Group (WIG) to learn whether the sexes had different approaches to business.

Digging Down into the Findings a little Further

78pc of respondents found female IFAs to be professional in their work, compared to just 59pc of male advisors.

89pc found female IFAs to be naturally more caring in their work – against just 11pc for their male counterparts.

And the most fascinating fact of all, perhaps, is that over half (55pc) of all the male IFAs surveyed said that they did believe their own gender was prone to arrogance in providing financial advice!

Do Women Have More Holistic Goals?

The survey also found that females were generally perceived to have broader motivational goals than money itself, with female advisors working hard to build relationships, generally meet client needs and to deliver a good job. Male advisors were typically most driven by career progression and sales.

Fiona Price, MD of IFA company Fiona Price & Partners, said that the research confirmed what she had found first hand through working with women. She highlighted the skills that allowed female IFAs to thrive in their field, explaining that innovation in the industry – such as IFA software by http://www.intelliflo.com/ was removing the less rewarding and enjoyable aspects of the job through automation and allowing IFAs to really focus on what they loved doing most – advising their clients to provide genuine value.

She added that the industry needed to work harder to attract women to a career path that was flexible, challenging, enjoyable, well paid and intellectually stimulating.