We use them every day, and take modern hygiene for granted. But public baths have been around since Roman times and the flush toilet was first invented in 1596. 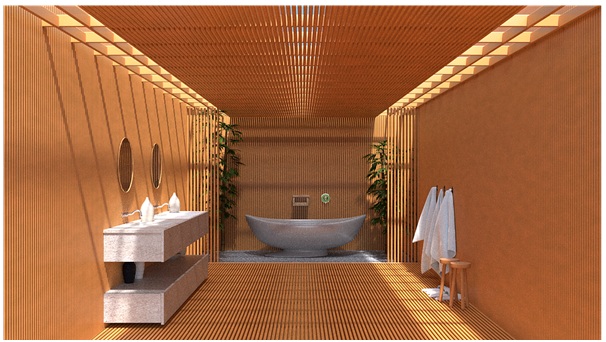 From Public to Private

Throughout history, people have bathed in everything from wooden barrels to cast iron baths. The Roman bath house was a popular meeting place and Roman style baths were re-introduced by knights returning from the Crusades who had enjoyed such facilities in the East.

In the 16th century, they became known as bagnios (from the Italian for bath) or stewhouses, as the water was so hot the bathers ‘stewed’ in it. They were finally closed down by Henry VIII, and it wasn’t until the 19th century, that they regained popularity as somewhere to both have a wash and do your washing.

These much loved institutions, which gave those without access to private bathrooms the ability to get clean for pennies, were extremely popular. The Victoria Baths in Manchester are a superb example of these public bath houses.

By the Victorian era, splendid bathrooms were becoming a fixture in private houses. They were a long way from the huge wooden tubs of medieval times. Back then, water was hauled and heated and perfumed with oils, and Henry IV’s knights were expected to bathe as part of their initiation ceremony.

The Victorians introduced the ever popular roll top bath, which makes a beautiful feature in any period property. Replicas can be obtained from companies like http://www.wilsonsyard.com/products/bathrooms/baths-new-cast-iron.html and remain most people’s idea of the ultimate in bathroom luxury.

Indoor lavatories are a relatively recent introduction, though an indoor flushing water closet was first patented in 1778. But it’s the name Thomas Crapper that has become synonymous with the flush toilet, introduced in the 1860s after London’s sewer system had been completely overhauled after the well-named ‘Great Stink’ of 1854. Crapper also manufactured manhole covers, with one bearing his name located in Westminster Abbey.

Soap gets its name from Mount Sapo, where fats and wood ash from animal sacrifices washed down the mountainside into the River Tiber, forming a rudimentary soap. We know hygiene is important, but it wasn’t always so – American President James Garfield is believed to have died not from a bullet but from a surgeon operating with filthy hands.