A new ‘super strain’ of gonorrhoea which is spreading widely across England has led to doctors expressing fears it could soon become untreatable. 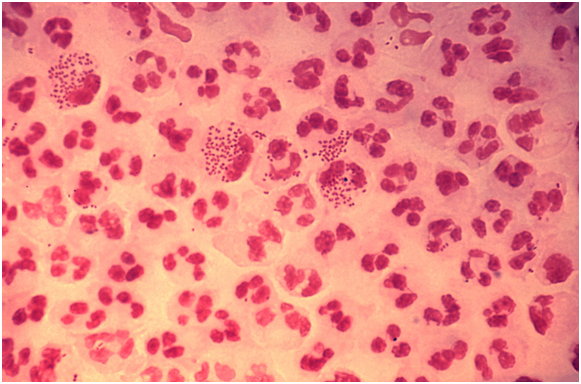 Gonorrhoea is caused by a bacteria called Neisseria gonorrhoeae, which is easily passed between people through unprotected sex. Typical symptoms include a thick yellow or green discharge from the penis or vagina, pain when urinating and bleeding in between periods in women.

According to Bexley Sexual Health, gonorrhoea is the second most common sexually transmitted infection (STI), with about one in 100 of those under 25 who are tested proving positive for it.

Many of those who are infected, however, don’t experience any symptoms and are therefore unaware they have it. If left untreated, the STI can lead to infertility, pelvic inflammatory disease and can be passed on to a baby during pregnancy.

Public health experts are reiterating advice to practise safe sex in order to avoid STIs, and are working with those who have the infection to locate previous sexual partners.

Getting regularly tested for STIs is also recommended to help with early diagnosis.

While there used to be stigma about attending an STI clinic for testing, this is no longer the case, and there are even home testing kits available for those who are still concerned.
London STI testing kits are available to order online at https://www.checkurself.org.uk, for those who are aged 18 and above. Testing packs are sent out by post, and these can then be sent back free of charge and processed, with the results sent by text or by phone.

The new so-called ‘super-gonorrhoea’ is the name used to describe strains which have developed resistance to azithromycin, the antibiotic normally used to treat the infection.
Although there is another antibiotic called ceftriaxone, doctors are concerned that strains could develop resistance to this too.

Public Health England issued a warning earlier this year about the rise of the strain which has developed resistance to an antibiotic which is widely used.

It said that measures to contain the outbreak, which began in heterosexual couples but is now being seen in gay men, have only had limited success.

Although lab tests have only confirmed 34 cases, experts say this is probably the tip of the iceberg, because the infection is often without symptoms.