Tanks really capture the imagination, their raw power, speed and size leave us excited and in awe. Tanks were a product of WWI, born out of necessity and developed with great secrecy. The first British tank was the Mark I and weighed an incredible 26 tonnes. It was fitted with two 57mm guns and could only travel at 3.7 miles per hour. In 1917 the French launched a smaller version called the Renault FT 17 and at only 6 tonnes, was a lighter and faster tank and featured the classic design we know today of the swivel turret.

The Soviet Union were developing their own tanks and by 1940 had the T-34 which proved to be a highly reliable tank. Still very heavy at 29 tonnes but could reach speeds of 34 miles per hour. This became the main tank for the Red Army during the Second World War and was also employed by the North Koreans in the Korean War. If you like the sound of a Tank Driving Day then visit https://www.armourgeddon.co.uk/tank-driving-experience.html.

The British were meanwhile busy developing the Crusader which at only 22 tonnes could travel at 26 miles per hour. However, defects and poor performance in battle led to it being superceded by the Cromwell, a heavy but faster machine. 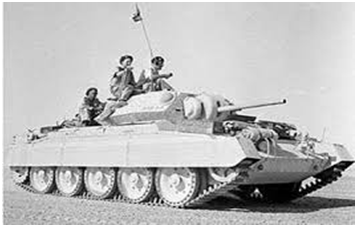 By World War II the French had the Heavy B tank which was probably the best in the world at that time. It was a colossal vehicle and heavily armoured with a 75mm gun on the front and a 47mm gun on the turret. The weight affected the speed though and it could only travel at a slow 17 miles per hour.

By 1940 the Germans had caught up with their Panzers. At 23 tonnes and a speed of 24 miles per hour, the guns got gradually bigger too. By 1942, the German also had the Tiger and although it suffered problems with maneuverability, it provided amazing protection with it’s heavy armour and massive firepower with 88mm guns.

In the United States, the M4-A Sherman was to become the main battle tank for the Americans during WWII. Although no match for the Panzers and with gasoline being highly flammable, it was successful due to the extremely high numbers that were produced, over 45,000, and its reliability.

In 1945 the British produced the Centurion which was used for 25 years. It was reliable and was modified to produce 13 different versions. The final version weighed 54 tonnes, held a 105mm gun and had a speed of 21 miles per hour. It was considered to be the best tank in the West during the decades following the Second World War.