The term ‘tiny house’ currently refers to a trend for designing, and living in, extra small houses. Many can be bought in kit form for just a few thousand pounds, while others will set you back £40,000 – still very little compared with current property prices and comparable to the cash deposits now required to qualify for a mortgage in the first place. 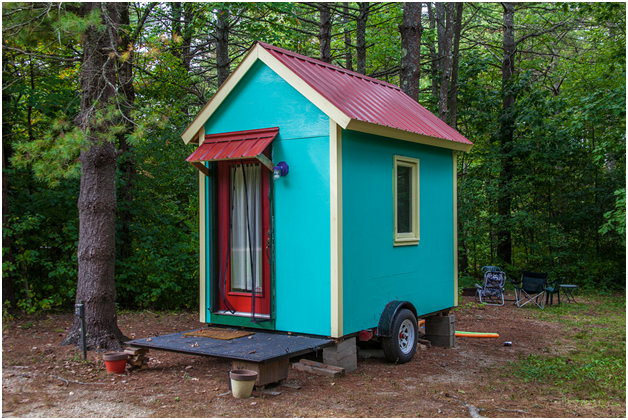 The movement answers demand from two very different directions. The first group is the idealists, who deliberately crave the simplicity and frugality of a minimalist lifestyle. They reject the sacrifice of freedom that comes with large mortgages or are happy to sacrifice some indoor space to enjoy more outdoors. In the spirit of Thoreau, they will try to locate their tiny home somewhere wild and scenic.

The other group, targeted by recent enterprises in Edinburgh and Worcestershire, is the homeless.

You might say the idealists are downsizing to escape the rat race and the property ladder, while the homeless are upsizing – from tent city or a cardboard box – to get a foot back on it.

Most builds are timber framed; therefore, if you are interested in having one built for you, a good place to enquire would be a prefabricated timber frame specialist such as the Northern Ireland timber frame construction company http://www.qtfhomes.co.uk/.

Parts can be delivered in prefabricated sections for fairly straightforward and rapid assembly on site or they can be fully built offsite and craned into their permanent position. Some require foundations, while others are built onto trailers. In either case, your main obstacle may be finding somewhere for them to be parked or sited. Building regulations for permanent dwellings are much stricter than for buildings with other purposes, with such dwellings usually unacceptable on caravan sites due to licensing rules.

In response to the housing pressures in London, for example, the YMCA in Mitcham has just opened Y:Cube – a 36-module apartment block of tiny self-contained homes. Tiny houses were used as emergency rehousing after Hurricane Katrina and the fashion gathered momentum after the crisis of 2008 began a wave of house repossessions. The UK government is believed to be exploring their use to deal with refugee problems such as the Calais jungle.